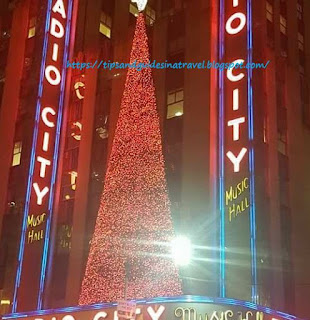 NEW YORK compose of 5 districts, such as the Bronx, Manhattan, Queens, Brooklyn, and Staten Island.  New York City as known for its best  city attractions such as The Brooklyn Bridge, which was build in 1860's, a bridge that connects Brooklyn and Manhattan, Time Square as the most crowded in NY and it is famous of Broadway theaters, movie houses, and electronic advert.  If you're going for a tour, there are top 10 places that you should visit in NY.

1. Brooklyn Bridge - one of the extremely beautiful landmark in all of New York City. This bridge is built in between of 1869 and 1883, which is started by the Dutch settlers in the area. Brooklyn as the largest city in New York, so it became a district of New York in a public vote.

2. Statue of Liberty - A steel structure which is arranged by a french engineer, who also is the man behind Eiffel Tower in Paris. Located in the Liberty Island which is the harbor of New York City.
3. Time Square - The busiest square in New York City, and the launch of New York Times new main office, celebrated with a display of fireworks and the first known is the ball lowering from the 1, Time's square's highest point.
4. Empire State Building- Famous building in New York city and can be seen always in many postcards. Its called the 8th World Wonder, the famous skyscraper in New York.
5. Flatiron Building - one of the giant building when it was built in 1901.It is a popular tourist destination in New York.
6. Central Park - Is the huge park with 341 hectares which is located in Manhattan. Where it is being arranged for 15 years and 20,000 employees were working to complete this park.
7. Rockefeller Center - there is an observation deck on top of the building which is so called "Top of the Rock"
8. Fifth Avenue- Known as the unparalleled shopping street.
9. United Nations Headquarters - constructed in 1949 and home of the UN's administration. Designed by the outstanding Architects of the United Nations Board of Design.
10. Wall Street - As the worlds famous street as it is the center of NY financial district.


TOP PLACES TO STAY IN NYC!