Mutual trust and independence of the judiciary after the CJEU judgment in LM – new era or business as usual? 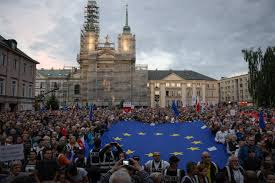