Get Rid of Blackheads Now!!!!

Pro Tips To Remove Black Heads & Do it Once & For All

Today’s topic is the most queried topic I’ve ever come across, Blackheads. The name itself sparks fear & drives some of the oily skinned people to total insanity. Some have even damaged their skin by over-scrubbing while trying desperately to get rid of them. So I thought it’d be helpful to add a post on this.
People who know me a bit, know that I’m also in the oily skin club, & problems exaggerate seasonally especially in summers & monsoon. It’s not that I regularly suffer from blackheads, but occasionally I do find myself struggling with these tiny blackheads to death. But now with regular care, symptoms have definitely improved a lot & this is the reason I thought I should share my knowledge, whatever I’ve acquired through the years of struggle.

Now, talking about blackheads, a few questions just pop in our minds like this:

Why do blackheads form in the first place?

Blackheads are actually nothing foreign, mostly dead cells & sebum (oil) clogging the skin follicles so that they’re stuffed inside the pores & stretch them open. This exposes the grim to the air which instead gets oxygenated & turns black, there comes the name ‘blackheads’.

How do blackheads & whiteheads differ?

Mostly don’t. They are of the same composition. In case of blackheads, as the clogged pores are stretched open, the grim inside gets oxygenated while whiteheads are more of ‘closed comedones’ which leave no place to oxygenation & thus they remain white.

So how to get rid of blackheads & whiteheads?

It’s the million dollar question. I’ll however try to break the process down of how to remove blackheads but please be aware that this has many levels. At the very least, proper hygiene rules have to be followed while at the most; regular care & a regimen with active ingredients are suggested.
Our first point, I’ll describe a way to naturally remove blackheads but you have to make sure that you continue this for atleast twice a week & shorten it for other days in the week.
It may sound laborious, but believe me; this hard work will be well paid off.

This regimen has 3 steps. At the first, we’ll cleanse our skin with a face mask. Then we’ll get steam on the affected area (read face) & finally, we’ll moisturize the face with an active ingredient. 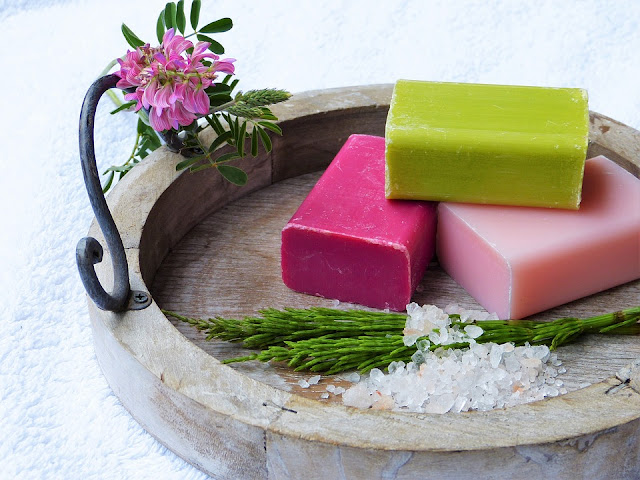 We’ll do this 3 step process for twice a week & for the rest of the days, we’ll follow up with face mask & moisturizer only (minus the steam, to cut back on labour).
Now you may be wondering why I’m describing such a laborious & elaborate process. But you must realize that I said this is going to be all natural & natural remedies take time to show effect, that’s why I’m trying to put all my knowledge together to make it work, which is making the process a bit elaborate.
But don’t skip it, trust me, you’ll see results only if you follow the instructions well. So here we go:
·         First step is cleansing. See, this procedure is a total clean up formulated especially for oily to combination skin. Since clogged pores (aka blackheads) are heavily involved with this situations, we’re going to use the strongest available natural formulation in this case; that is CLAY. Clay is the nature’s sponge that squeeze out dirt & oil the best from skin & here I’m talking about 2 clays that do this job the very best: Multani mitti/Fuller’s Earth & Bentonite Clay especially Sodium Bentonite.
Sodium Bentonite is highly negatively charged which draw all the toxins & sebum out of the clogged pores perfectly because most of these are positively charged. Multani mitti or fuller’s earth also work the same way.
Here, clay will work as a base & you can add as many ingredients as you want in this, provided they’re oily skin friendly. Take cues from this: http://thebeautyblogoflove.blogspot.com/2018/07/diy-face-mask-to-heal-pimples-at-home.html
·         Next step is steam. No, not that kind of steam you face in a health club. This is simpler DIY version. Bring boil to water & then turn the heat off after 2-5 minutes. Now, bow down so that the steam directly hits your face.
You can also add some orange peel in the water to be boiled. Some say it helps in getting the nutrients from orange into the skin.
You can also take a large towel & cover both: the water bowl & your face with the same so that the steam does not escape.
Get this for 5-6 minutes. You’ll be sweating but your pores will be open now. Now gently wipe the face with a soft towel.
Remember, do not wash your face with cold water now or since pores are open at this point, you may catch cold & the next step will turn invalid since cold water will close the pores again.
·         Now, splash a little lukewarm water on your face & take a little baking soda/ soda bi carbonate & rub them gently on the blackhead affected area. Do this for 2-3 minutes. 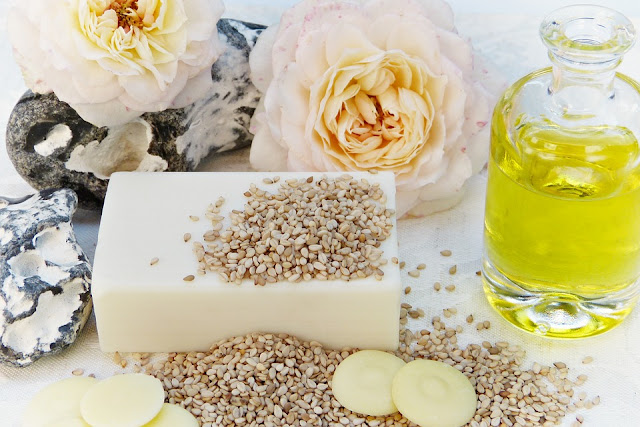 This will gently exfoliate the skin & since the pores are open, they’ll respond better to scrubbing like this & dirt & sebum inside will slough off easily.
Now finally wash your face with lukewarm water & wipe off.
You can now apply your favorite moisturizer. I’d generally suggest anything with a ‘non comedogenic’ label on, which means something that doesn’t clog pores.
Some people completely skip the moisturization part assuming that oily skin doesn’t need it. It’s a huge misconception I must say. Moisturization is mandatory for all skin types & these days, we’ve got best of the technology & great non comedogenic options both online & in the market. It’s better not to miss it.
I prefer face oils over regular creams or moisturizers.
Contrary to what it sounds like, face oils don’t make your face oily, period. These oils are some of the best options you can opt for to fix sebum production imbalance.
These oils are basically concoctions of a few non-comedogenic oils which have the ability to resolve over production of sebum. They are also easily absorbed & do not feel heavy on skin. You can buy such face oils or you can make your own like I do. 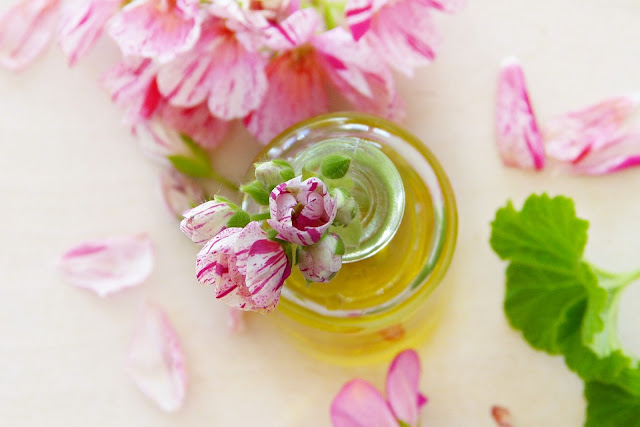 Take any oil that is less comedogenic as your base oil. Choose from the following:

·         Cucumber Oil
·         Watermelon Seed Oil
·         Moroccan Argan Oil
·         Tamanu Oil
·         Grapeseed Oil
·         Hemp Seed Oil
·         Sunflower Seed Oil
·         Rosehip Oil
Now add a few drops of camphor oil, clove leaf oil into it & mix well. This face oil will do great as a moisturizer. But I’d suggest you to use them at night because then, there will be less chance of degradation by sunlight & you probably already know, certain oils can make skin photo sensitive.
However, no matter what you use, always stick to your sunscreen during the day. Atleast reapply sunblock thrice during the day even indoors & cover the exposed areas in protective clothing. This is mandatory if you’re using the face mask mentioned above.
I swear by sunscreen & I’d suggest you to stick to it for the rest of your life whether you’ve got rid of your blackheads or not.
The above technique to cleanse pores may seem elaborate at first but as you get used to it, it wouldn’t cause much headache in the long run.
I’d suggest you to use the above mentioned 3 step procedure twice a week & the rest of the days just skip the steam step & continue with face mask & moisturization only.
You’ll see results soon.
However, these are natural ways. But if you want faster results, you’ll need active ingredients that annihilate blackheads in your life which includes: 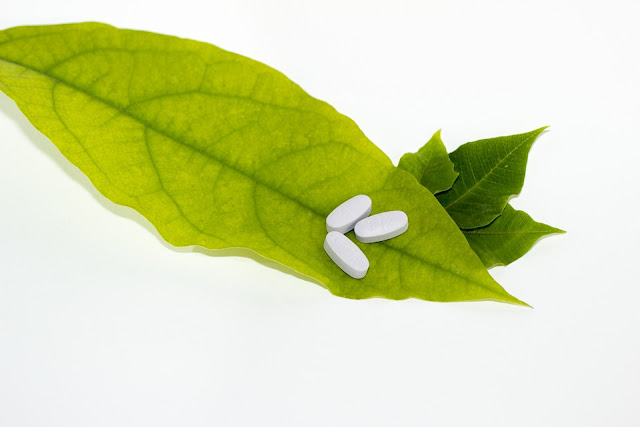 ·         Retinoids:Basically anything with a keratolytic effect can do the job & retinol is the king of all keratolytes. Technically a vitamin A derivative, topical retinoids are found in 0.025%-0.05% formulations.  Tretinoin is the most popular among all the topical retinoids. Once a day application, before bed at night is generally advised.
·         AHAs:Alpha Hydroxy Acid like Glycolic Acid 6-12% is available OTC & is a very potent keratolyte & does the job as well as a topical retinoid. It’ll encourage shedding of dead skin cells & shorten the cell turn over rate & reveal fresh new skin underneath.
·         BHAs:Beta Hydroxy Acid like Salicylic Acid penetrates even deeper than its Alpha Hydroxy acid Cousins & works the same way. Salicylic acid can be found in facewashes & creams. I’d strongly suggest you both especially a facewash with this is highly recommended.
·
Remember, all of the three mentioned above are only advised to apply before bed at night for optimum results. If in doubt, it’s always better to consult a doctor.
Be it retinoids, AHAs or BHAs; all are active ingredients that make your skin more photo sensitive than ever. So, if you’re using any of it, application of a broad spectrum sunscreen & protective clothing become a must. Apply sunscreen even at home, no excuses, sorry.

So now, we know how to treat blackheads, but how do we prevent blackheads from appearing again? 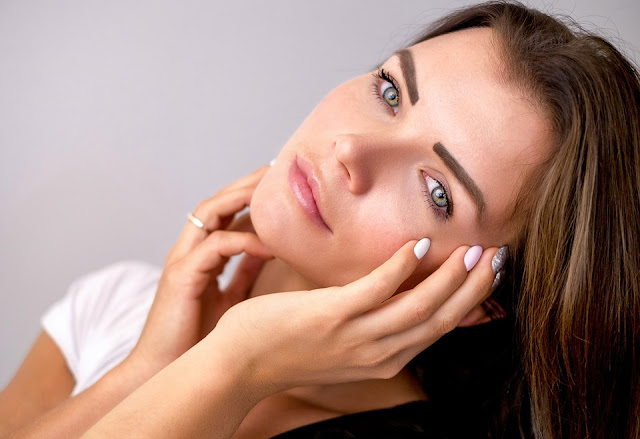 Simple, oily skin is not cured, but managed just like blackheads, which can’t be permanently cured but rather, removed & prevented. It all depends on the management.
Usually, the rules described above can be followed by all oily skinned people to better regulate sebum /oil production & remove any blackheads but at the same time, if the routine is continued, it can also successfully prevent future blackheads & whiteheads from appearing.
Blackheads are usually seen on T zone especially on the nose & cheeks where the skin produces more oil than any other part & if taken well care of, these areas generally respond well to treatment.
Love me or hate me, let me know in the comments section below & it’d be amazing if it’s the former & don’t forget to follow me on social media (buttons on the collapsible sidebar ß)
Thank you for reading.
Cheers!!!