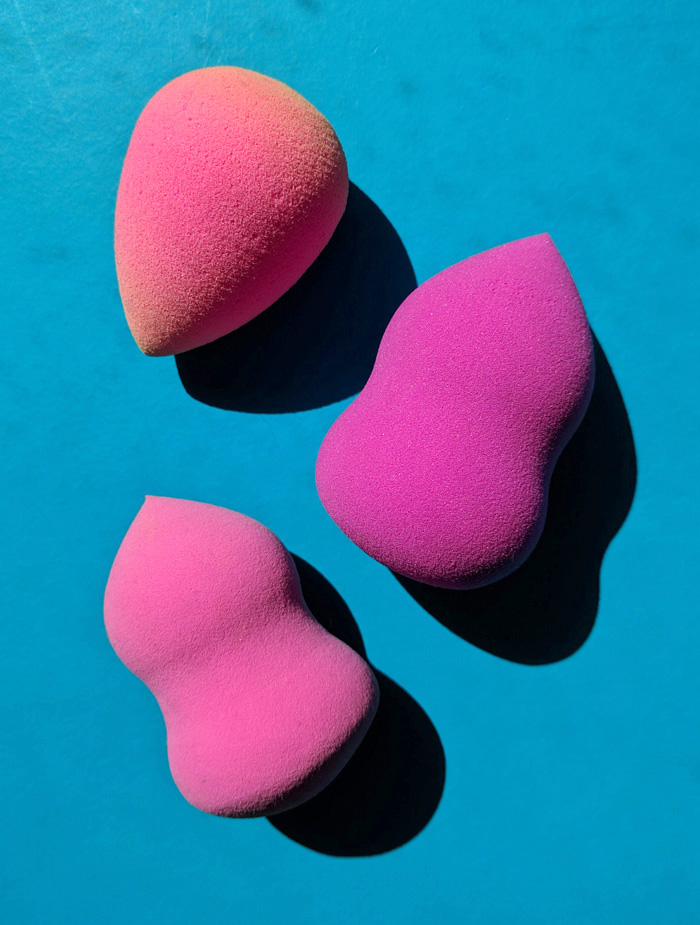 A few years ago, I wrote a post that discussed whether there was really a major difference between the original Beauty Blender sponge, which had just recently become the new big thing, and other pink makeup sponges that were beginning to appear on the market in imitation of the Beauty Blender for much less. At the time, I found that knock-offs didn't perform quite as well as the real deal. They worked okay, but there was a meaningful difference between Beauty Blender and the cheaper options available at the time--though I still balked at spending $20 on a single sponge. (By the way, it's 10% off from Nordstrom right now, if you are a die-hard fan. Don't pay full price!)

I happened to get two Beauty Blenders for free or very cheap over the years. The first one came in a Birchbox long ago, and the second, if I remember correctly, I got using points from my Ipsy account. Because I rarely wear foundation and I use the sponge dry to blend my concealer most of the time, those two sponges lasted a long time. You can see in the photo above that my second one (top above) is now a little worse for wear--not least because it became a cat toy one night--so I recently began to think about replacing it. I had that old, cheap pink sponge (bottom of photo above) in a drawer, and it worked fine, but I admit I'd got used to the soft bounciness of the real BB. I heard that the new makeup sponges from L'Oréal were some of the best affordable BB alternatives available, so I added their Foundation Blender sponge (middle above) to an Amazon order last month, where it's only $7. L'Oréal also has two other sponges in this line: a pointed, egg-shaped concealer blender, and a flat contour blender. I haven't tried those two, so I don't know if they perform similarly to the foundation sponge. Anyone?

The major advantage of the Beauty Blender over its cheapest knockoffs is that it's designed to be used wet in order to really blend and soften your foundation. When it's been soaked thoroughly in water and squeezed out, it increases in size significantly and becomes squishier. The water is also supposed to prevent too much foundation from being absorbed by the sponge, though you'll still end up using more product than you would applying it with your fingers or even with a brush. The cheap sponges tend to be harder and denser, and getting them wet doesn't alter their consistency much. The L'Oréal sponge, however, expands and softens just as much as the Beauty Blender when it's wet. For the photo below, I ran lukewarm water over each sponge while squeezing it out and letting it saturate again 10 times. You can see in the photo below, I think, that the BB and L'Oréal sponge have expanded more than the cheapie (though the difference is somehow less obvious in a photo than in person). It's too bad I don't have two of each sponge to show you a before and after, but the first two have grown by at least a third of their original size, and the third sponge has only expanded slightly. 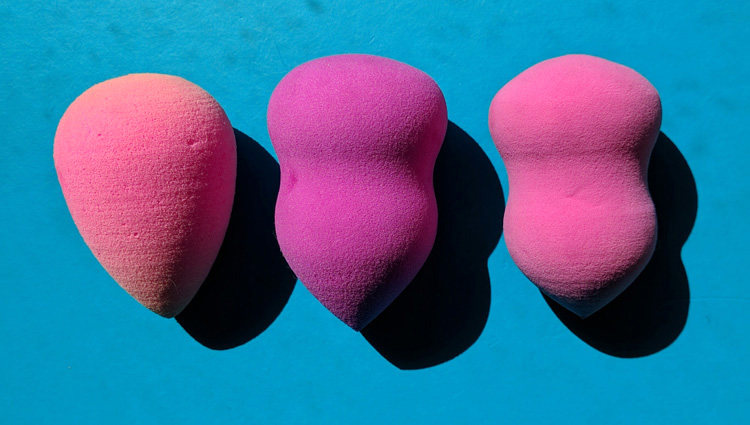 My L'Oréal sponge feels a bit firmer and denser than the BB, though nothing at all like the other pink sponge. Mind you, I have been using the BB for over a year, and I can't remember if it felt denser when it was brand new.

In terms of actual use, the Beauty Blender and L'Oréal Foundation Blender perform similarly. When I use them dry, the BB seems slightly more absorbent, which helps to pick up any excess oiliness left behind by my concealer, but the L'Oréal sponge is not far behind. The main difference is the shape. The narrow tip of the BB is easier to use in the corners of my eyes and next to my nose, but if I pinch the tip of the L'Oréal sponge when I use it in those areas, the difference isn't an important one for me.

Used wet for foundation, the L'Oréal sponge (left below) blends out and sheers the product a bit more, which I like. But if you want a more opaque base without building it up, you might prefer the Beauty Blender (right below). (It's possible that this distinction is due to my BB being older and more worn. I can't be completely sure.) 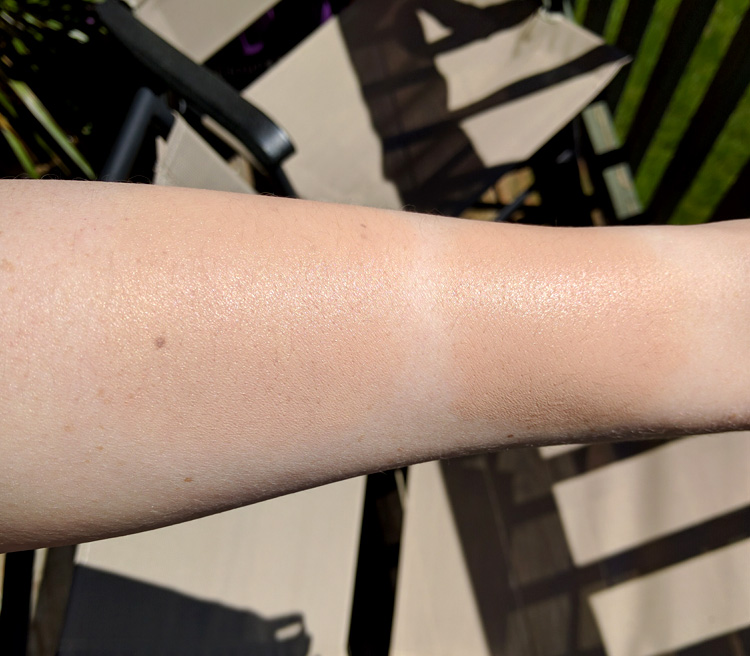 Above: the same foundation applied with the wet L'Oréal Foundation Blender (left) and the wet Beauty Blender (right).

Oddly enough, the packaging for the L'Oréal blender doesn't mention using it wet, but it's clearly designed to be used that way, since it's made to expand and soften up just like a Beauty Blender. I wonder if that's some kind of trademark/patent thing. 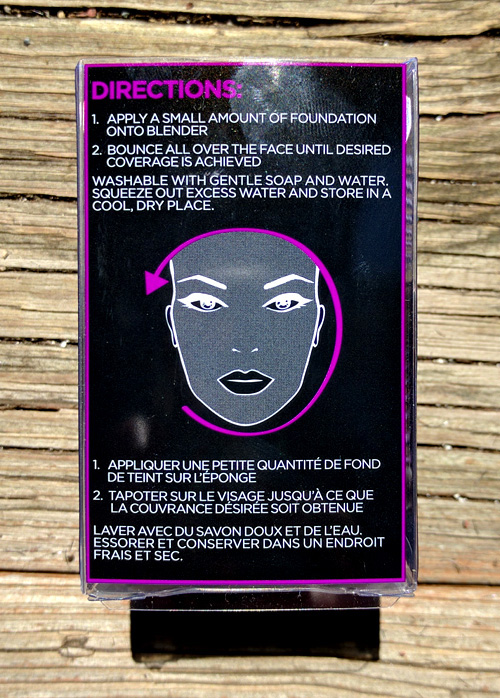 One of the biggest benefits of the L'Oréal blender, in my opinion, it that it doesn't bleed pink dye the first half dozen times you wet it. (Yes, you can get other colors of Beauty Blenders, I know.)

I'm satisfied to fully recommend the L'Oréal Blend Artist Foundation Blender as a more affordable alternative to the Beauty Blender. To answer the question posed by my title, however, it's not a dupe due to the difference in shape and the sheerer application I got from it. But I am not a stickler for things being exact dupes. I'm curious about the other L'Oréal shapes, though I probably don't need additional sponges taking up space just for the sake of novelty.

By the way, Beauty Blender sells a special liquid cleanser for their sponges that works well. It's just castile soap, though, so instead of paying $18 for 5 oz., you can get 32 oz. of Dr. Bronner's for $16. (I haven't tried the BB bar soap, but I can't imagine it's anything miraculous either. Correct me if I'm wrong.)

Any Beauty Blender devotees out there, or do you use a cheaper option? I've heard mixed things about the Real Techniques sponges, though I think they can sometimes be found for slightly less.